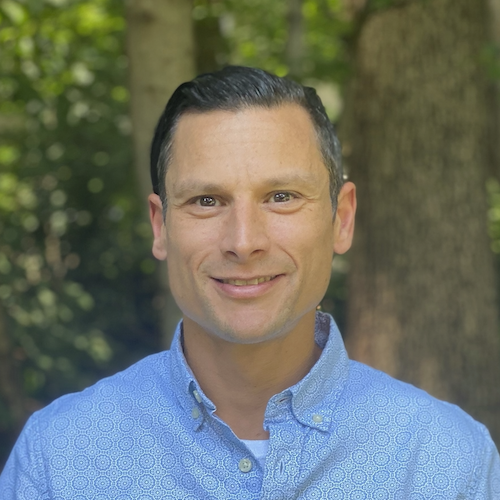 Note: Dr. DeCarolis is currently on leave from the University as he serves as the Administrator of the Energy Information Administration.

Dr. DeCarolis is a Professor in the Department of Civil, Construction, and Environmental Engineering at North Carolina State University. His research program is focused on addressing energy and environmental challenges at the intersection of engineering, economics, and public policy. His primary focus is the development and application of energy system models to analyze how energy technology and public policy can shape a sustainable future. With regard to energy modeling, he is particularly interested in the development and utilization of open source software to maximize model transparency as well as the use of high performance computing to conduct rigorous uncertainty analysis. Dr. DeCarolis is currently working on other research topics, including the economics of marine energy technologies, the integration of building energy simulation into the architectural design process, and solid waste management in a carbon constrained world. He teaches Introduction to Sustainable Infrastructure (CE250), Energy and Climate (CE478/578), Energy Modeling (CE796), and Life Cycle Assessment (CE796).

DeCarolis is interested in the interdisciplinary assessment of energy technology and policy aimed at affecting deep cuts in greenhouse gas emissions. His primary focus is on the development and application of energy system models to derive policy-relevant insight that is robust to future uncertainty.

We will develop a full roll-out model, based on validated planning and simulation tools, that is able to model the deployment of a wide range of propulsion and energy storage technologies in the Class 1 Rail Freight sector and that determines associated lifecycle GHG emissions and levelized cost of Mt-km (LCOTKM) values over various time scales (e.g., 10, 20, 30 years). Our work will include: (1) microscale train simulation; (2) network train simulation; (3) identification and characterization of infrastructure requirements; (4) identification and characterization of decarbonized energy pathways; (5) probabilistic cost modeling; (6) freight demand scenarios; (7) technology transfer and outreach; and (8) integrated assessment. The latter will include case studies based on application of the developed, detailed case studies of specific lines, settings, and situations, with extrapolations to the whole network, inclusive of coupling with infrastructure, decarbonized energy pathways, demand scenarios, and cost. We will appoint an advisory board to facilitate technology transfer and outreach.

The United States must find policy solutions that enable deep decarbonization of the energy system in order to mitigate the worst effects of climate change. Appropriate action will require fundamental changes in the way we produce and consume energy. Policy makers face the monumental challenge of crafting effective climate policy in the face of deep future uncertainty. Computer models of the energy system ÃƒÂ¢Ã¢â€šÂ¬Ã¢â‚¬Å“ referred to as energy system models ÃƒÂ¢Ã¢â€šÂ¬Ã¢â‚¬Å“ provide a way to examine future energy system evolution and test the effects of proposed policy. Unfortunately, many of these computer models are opaque to outsiders and are used to run a few scenarios that produce limited insight. Given the stakes associated with climate change mitigation, we must do better. Our project aims to bring energy modeling into the twenty-first century by applying the gold standards of policy-focused academic modeling, maximizing transparency, building a networked community, and working towards a common goal: examining U.S. energy futures to inform future energy and climate policy efforts.

Collaborative Research:NSF-NSFC:Improving FEW system sustainability over the SEUS and NCP: A cross-regional synthesis considering uncertainties in climate and regional development

Economic development and environmental sustainability are often conflicting objectives (Rogers, 1997). Continued economic development often arises from ensuring environmental safeguards and sustainability (Rogers,1997). This Food-Water-Energy System (FEWS) study presents a synthesis on understanding the regional and global FEW impacts due to uncertain climate and development scenarios on two regions ÃƒÂ¢Ã¢â€šÂ¬Ã¢â‚¬Å“ Southeast US (SEUS) and North China Plain (NCP) ÃƒÂ¢Ã¢â€šÂ¬Ã¢â‚¬Å“ that experience contrasting settings on water and energy availability, but have similar portfolios on crop production (corn, soybeans, fruits, vegetables and cereals ÃƒÂ¢Ã¢â€šÂ¬Ã¢â‚¬Å“ wheat/rice) and water (primarily groundwater) and energy (coal/natural gas) appropriation. FEW system is complex and their nexus typically organizes under different spatial and temporal scales. For instance, pollution from agricultural runoff usually have local signature and has lesser impacts and the energy grid water issues typically organize at watershed scale. However, events triggered by large-scale climatic conditions such as multi-year droughts could impact both surface water and groundwater availability which could impact hydropower generation, cooling of power plants and irrigated and rainfed agriculture. But, it is unclear how much the climatic impacts on regional FEWS could impact global food prices and commodity flow. Similarly, federal policy changes (e.g., tax deductions for solar PV installation) could potentially make the nexus resilient, depending on the nature of FEWS, against climate variability. We intend to explore these research issues and perform a cross-regional synthesis on two regions, Southeast US and North China Plain, for improving food-energy-water system sustainability.

The FREEDM Center is developing critical smart grid technologies that can enable the large scale deployment of renewables on the electricity distribution network. The purpose of this project is to assemble estimates of costs and benefits for FREEDM components in order to refine the cost-benefit model developed last year.

The objective of this research is to develop semi-transparent organic solar modules integrated with greenhouses along with engineered plant photo-action spectra that synergistically provide food and energy sources while conserving water for a new food-energy-water paradigm.

The US EPA is interested in developing a next generation tool for sustainable materials management as an update to the current Municipal Solid Waste Decision Support Tool (MSW DST). As part of this task, RTI International (RTI) will conduct a review the current SWOLF software tool being developed at North Carolina State University (NCSU) and assess the work required to convert the tool into a stand-alone desktop application, similar to the MSW DST.

The overall objective of the proposed project is to assist the Wake County Solid Waste Division with long-term planning for SWM. SWOLF, a solid waste life-cycle model developed at NCSU, will be utilized to model the countyÃƒÂ¢Ã¢â€šÂ¬Ã¢â€žÂ¢s current solid waste system and to explore and evaluate future alternatives in consideration of appropriate and county-specific preferences and constraints.

Continually increasing water demand (due to population growth) and fuel costs threaten the reliability of water and energy systems and also increase operational costs. In addition, both natural climatic variability and the impacts of global climate change increase the vulnerability of these two systems. For instance, reservoir systems depend on precipitation; whereas power systems demand depend on mean daily temperature. Currently, these systems use seasonal averages for their short-term (0-3 months) management, which ignores uncertainty in the climate, thereby resulting in increased spillage and reduced hydropower. While seasonal climate forecasts contain appreciable levels of skill over parts of the US in both winter and summer, the uptake of these forecasts for water and energy systems management has been limited due to lack of a coherent approach to assimilate probabilistic forecasts into management models. We systematically analyze various scenarios that aim at improving the performance of these systems utilizing the multimodel climate forecasts and a high performance computing (HPC) framework.

The primary goal of this proposed Science Across Virtual Institutes (SAVI) effort is to establish a self-sustaining virtual institute to enhance research, education, and outreach related to life-cycle assessment (LCA) of solid waste management (SWM) systems.

Although crop and timber-based biomass have traditionally been viewed as primary choices for biofuel production, recent research suggests that municipal solid waste (MSW) may overcome a number of limitations, such as limited availability and accessibility, as compared to first-generation feedstocks . North Carolinians generate more than 9.9 million tons of MSW per year according to the N.C. Dept. of Environment and Natural Resources. Roughly 60% of this mass consists of paper, plastic, and food scraps that can be converted into biofuels via gasification technologies. If all of the MSW generated in N.C. were directed towards biofuels production, this feedstock would generate 297 million gallons of biofuels (assuming a conservative conversion rate of 50 gal biofuel per ton MSW), which is roughly 5% of the State?s total fuel consumption annually . This quantity would meet half of the state?s 2017 goal to have 10% of liquid fuels come from N.C. produced biofuels. However, the concept of converting MSW into liquid biofuels is relatively new. As a result, the mechanisms and infrastructure needed to make this technology a viable industry are poorly understood. Thus, the primary objectives of this proposal are to: 1. Compare conversion of MSW into biofuels with current methods used to generate electricity/heat from MSW (e.g. landfill gas to energy, waste-to-energy). 2. Summarize MSW management and operational infrastructure and evaluate how it can be used to support needed infrastructure for the biofuels industry. 3. Develop a report that can be used to educate the public and policymakers about the biofuel production feasibility/capability using MSW as a feedstock. To achieve these objectives, the Environmental Research and Education Foundation (EREF) and its partners (NC State University, Maverick Biofuels, Waste Industries) will conduct a meta-analysis to acquire data related to: process conversion efficiencies, processing capacity, environmental metrics, energy production, waste quantity and composition, and geospatial factors (Obj. #1). This data will then be used to examine MSW management infrastructure (Obj. #2) and develop information that can serve as a basis for a plan for integrating the use of MSW as a biofuel feedstock (Obj. #3). Issues such as waste reduction initiatives, shifts in waste composition, and their effect on the suitability of MSW as a biofuel feedstock will be considered. The primary deliverable from this $93,119 project will be a report describing the study findings. The project will be completed in 16 months. The EREF?s stakeholder base represents the majority of the solid waste industry. Thus, the EREF has the ability to leverage these results to support MSW to biofuel conversion technologies in NC and beyond.