On December 15th, 2016, a total of 127 degrees were awarded to CCEE graduates, including 68 Bachelor’s, 45 Master’s and 14 Doctorates. Graduation speaker and alumna Emilee P. Blount, PE (BSCE 1985) who has an unusually varied career path encompassing civil, construction and environmental engineering, urged the Fall 2016 graduates to look for unconventional pathways and be open to change.

Recounting her first years in the construction field, Blount said “Your degree will open doors for you, but it, in and of itself, will not entitle you to the respect of your peers. You must earn that.” She continued, “Recognize that those tradesmen and women, the plumbers, carpenters, electricians, have been at their crafts for years. You will learn volumes by listening, by watching and by asking relevant questions.”

After several years in construction, Blount moved to a position with the Department of Defense (DOD), where she was responsible for the environmental remediation of fueling sites at military bases throughout the nation. In 2007, she moved to the Pentagon where she worked on The Pentagon Memorial Project which encompassed rebuilding the section of the building damaged by the 9/11 incidents of 2001. In 2009, Blount’s responsibilities included 400 sites worldwide supporting DOD energy requirements.

While with DOD, she was selected for an Executive Leadership Development program created to immerse civilian leaders with their military counterparts. “I spent a week training with the Navy Seals, and after just one grueling day in the frigid waters of the Pacific,, I was ready to give up. But I stuck it out, and now I look back with fond memories,” Blount declared. She also climbed obstacle courses with Marine recruits, trained with Army Ranger sharpshooters, and participated with Air Force Special Forces in a pararescue event.

“What struck me the hardest was sitting inside a tank in Germany with a young 19 year old soldier from Oklahoma who told me he slept in his tank because it was warmer than his barracks.  This is when I understood how the decisions I make as a leader directly impact these brave young men and women.”

Describing her latest job as Director of Engineering in the Technical and Geospatial Services Unit of the U.S. Forest Service (USFS), she says she was “struck by the vastness of the mission.” Blount explained that with over 300,000 miles of roads, 6,000 bridges and 40,000 facilities, the responsibilities of engineers with the USFS are diverse.

Blount reminded the graduates that they are lucky to be entering a robust job market. “When I was graduating I recall camping out in hopes of getting one of the 50 interview slots companies were offering. Today you enter a job market that has a significant shortage of your skill sets. I encourage you to think broadly as to how you can contribute to society and apply your knowledge.” 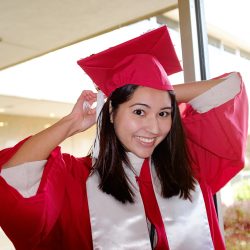 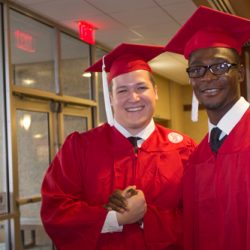 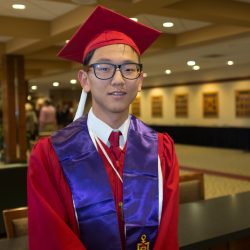