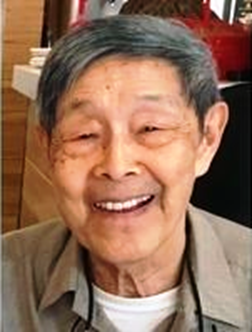 We are saddened by the loss of our beloved colleague and friend Dr. David Tung, an Emeritus Professor of the Center and the Department of Civil, Environmental and Construction Engineering at North Carolina State University. He passed away peacefully on January 11, 2021 at his Raleigh home surrounded by his wife June, daughter Rosann and son Mark.

Professor Tung was a founding faculty member of the Center (1991). He was recognized in November 1999 for his leadership and significant research contributions by the Center members and faculty. Dr. Tung did research and directed doctoral students on several complex topics related to seismic response, performance and design of nuclear power plant systems and components included ductility of piping systems, temporary structures, and sliding, rocking and overturning of unanchored systems.

Dr. Tung helped organize Center’s 4th and 5th Current Issues Symposiums (1992, 1994), and was Chairman of the 6th and 7th Symposiums (1996, 1998). He was an important force behind the success of the Center hosted SMiRT 16 (16th International Conference on Structural Mechanics in Reactor Technology) held in Washington DC in 2001. 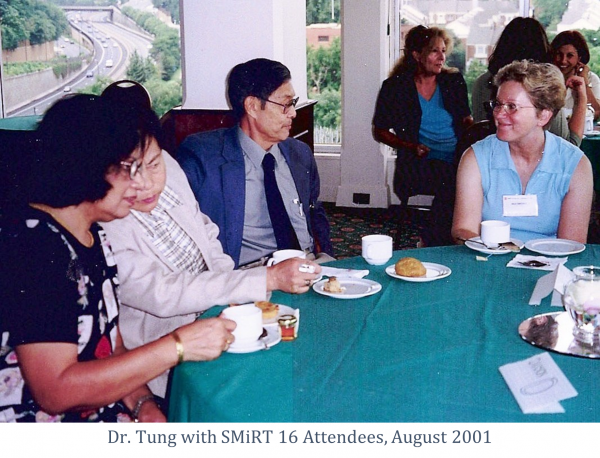 Chi Chao (David) Tung was born in Shanghai, China on March 24, 1932. He earned his undergraduate degree in Civil and Structural Engineering in 1953 from Tongji University in Shanghai, and stayed at the University as an instructor until 1957, when he escaped from communist rule and fled to Hong Kong. He worked there as a structural engineer with Hsin-Yeh Architects for two years. In 1959 he went to Berkeley as a graduate student at the University of California, and finished his MS and PhD degrees in 1961 and 1964. He accepted a faculty position at the University of Illinois at Urbana-Champaign.

Dr. Tung came to NCSU in 1969 as an Associate Professor, and became a full Professor in 1976. After a 31-year distinguished career he retired in 2000, was given the title of Emeritus Professor, but continued to participate in the Center, University and Professional activities. 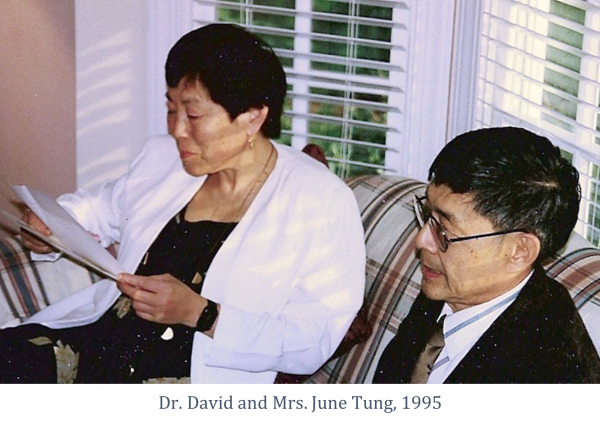 David Tung was member of many national and international professional societies and their technical committees, an Editorial Board member of the journal Applied Ocean Research. and an Associate Editor of the Journal of Geophysical Research: Oceans. In 1990 he received an Editor’s Citation for Excellence in Refereeing the Journal. The same year, Dr. Tung received the coveted NCSU College of Engineering Alcoa Foundation Distinguished Engineering Research Award. In the late 1980’s he was invited to the membership of the Executive Committee of (then) Engineering Mechanics Division of the ASCE (American Society of Civil Engineers), of which he served as the Chairman in 1991-92, and later as the Chairman of its Advisory Board.

Prof. Tung’s scholarly research covered a broad swath of mechanics and structural engineering topics including: probabilistic, stochastic and deterministic analysis and response of airplanes to runway roughness, highway bridges to vehicle loads, overhead sign support structures to wind loads, and various building and industrial structures , earth dams, and sea-based oil storage tanks to seismic loads; and stochastic properties of fluid forces due to random current and waves and response of structures when subjected to those forces, and more.

We miss David, remember him with love and respect for all that he accomplished and gave us as colleagues, friends and humans. We offer our deep condolences to his family.

A celebration of David Tung’s life will occur when we can gather in person. Please send condolences or inquiries to rosann.tung@gmail.com.