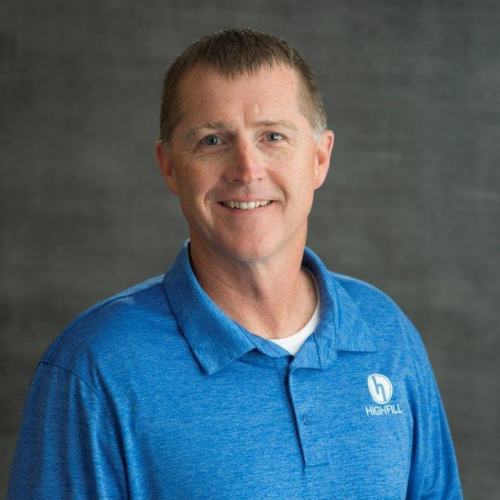 Highfill, PE, is the founding manager and president of Highfill Infrastructure Engineering and a licensed professional engineer in North and South Carolina.  After receiving his master’s Degree in Civil Engineering from NC State in 1994, Highfill went on to work in the engineering consulting field over the next decade. He quickly earned a reputation for his professionalism, his ingenuity and his ability to lead project teams through complex project issues.

In 2004, Highfill founded Highfill Infrastructure Engineering, a consulting engineering firm. While the company began as a small startup in his home office, it has become an industry leader for water and wastewater engineering services with five offices in the Carolinas.

Highfill has volunteered professionally as a delegate for the Waste Environment Federation, and as a trustee on the NC American Water Works Association/Water Environment Association board. His awards include the Arthur Sidney Bedell, Kacey Monroe, and 5-S Society awards for dedicated service to water and wastewater industry. In his spare time, he enjoys watching Wolfpack athletics and his younger son, Sam, who is a pitcher on the baseball team.