Wandering through the hallways of Fitts-Woolard Hall can be an intimidating and overwhelming experience for prospective undergraduate students and their parents as they weigh their options and decide why NC State is the best fit for them. What makes NC State’s department special? What degree programs are available for first-year and transfer students? How can I get involved in CCEE and the overall campus?

Who better to ask than CCEE’s undergraduate student ambassadors, a group of carefully selected students who come from different backgrounds and areas of study within the department?

This school year, ten undergraduate students were chosen to be a part of the ambassador program. A student ambassador’s role is to be a representative of the department while maintaining a wide range of responsibilities including outreach, recruitment events and providing a student perspective while giving tours to potential students and visitors.

“Student ambassadors are chosen based on their ability to speak confidently and knowledgeably about opportunities within the department,” says program advisor Dr. Rudolf Seracino. “They should be enthusiastic about representing the department and engaging with prospective students, and committed to actively participating in the program.”

A few of CCEE’s student ambassadors weighed in on why they chose NC State’s program, their campus and department involvement, and plans for the future. Answers are edited for clarity and brevity. 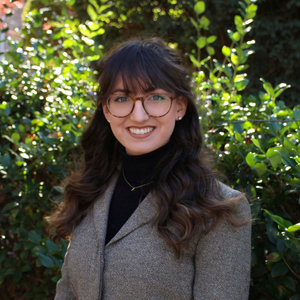 CB: My favorite class within my major has been CE 478: Energy and Climate. It has given me such a detailed overview of the environmental side of CCEE, and I am so much more knowledgeable about climate change and the positive impact different kinds of engineers can have on it.

CB: I first became interested in civil engineering when I took a trip to New York City my first year at NC State. I was overwhelmed by the amount of engineering that went into such a large city, and I wanted to learn more about the infrastructure and the engineering behind it. I also realized on that trip that major cities could be doing so much more to be sustainable. I want to make a difference in that way as well, so the environmental and civil engineering coursework in the CCEE department was the perfect fit for me!

CB: I chose NC State because I knew I wanted to go into engineering, and it has such a prestigious College of Engineering. I also loved the campus culture when I toured during my senior year of high school; everyone was so friendly, and there were so many different clubs and activities! 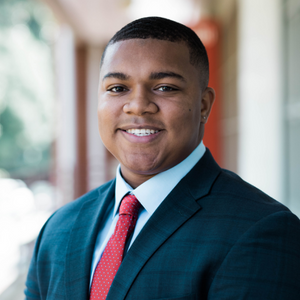 IC: I originally became interested in civil engineering while designing mechanical parts using AutoCAD software in high school. Architecture is cool, but I cared more about the structure itself rather than the aesthetics. I learned about structural engineering from a close relative and decided that is what I wanted to do.

IC: This past semester, I took CE 332, which is materials of construction, and it is by far my favorite class. I am a hands-on learner, and the class is a lab-intensive, so I already anticipated that it would be interesting. We learned about concrete and even had a chance to mix it in the lab, which was awesome. It was a very fun and interactive class that directly relates to my field.

IC: I am involved in the American Society of Civil Engineers and National Society of Black Engineers. I am also a CO-OP Ambassador, and I also serve as a START Mentor for freshmen engineering students. 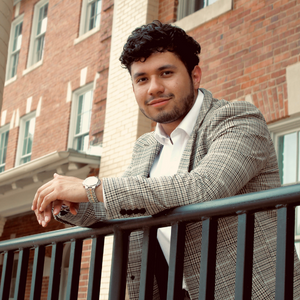 BE: The school drew my attention and felt like home from the first time I walked on campus. The vibrant atmosphere and the great community I saw displayed by the students when I first toured led me to pursue NC State. I knew it would also challenge me academically and allow me to grow and develop as an individual and future professional. I specifically chose CCEE because the department drew my attention academically, and I also felt that it created the greatest opportunities in terms of internships, scholarships and full-time employment.

BE: I love all the different study spots it has to offer. I am especially a big fan of the private rooms located on the third floor as well as the outdoor seating between Hunt Library and Fitts-Woolard.

BE: This past summer, I had the opportunity to intern with JE Dunn Construction. My dream job after graduation would be as a Project Engineer out of their Nashville, Tennessee, office. 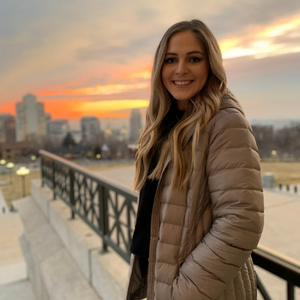 CF: I chose NC State because I was unsure of what I wanted to pursue as a major coming into college. I felt comfortable deciding on a school that had such a diverse range of majors and knew I’d find a field of study I was passionate about. I’ve always loved math and science, and once I enrolled here, I knew I wanted to join the College of Engineering. I had multiple meetings with my advisor to discuss which engineering department I might fit in best. Ultimately, it was the broad spectrum of career paths available within CCEE that drew me to the department.

CF: I wanted to join a field that centered around problem-solving and allowed me to enjoy my love of math. Any major within the CCEE department allows you to work and collaborate on real-world problems, so it was the perfect fit.

Are you a part of any clubs or organizations on campus?

CF: I’m a member of the NC State chapter of Professional Engineers of North Carolina and the NC State chapter of NC Safewater. I plan on pursuing my PE license after graduation, so PENC helps prepare and expose you to other professional engineers across North Carolina. I joined NC Safewater after I became a student in CCEE, and it’s great if you’re interested in water treatment and promoting safe water access. 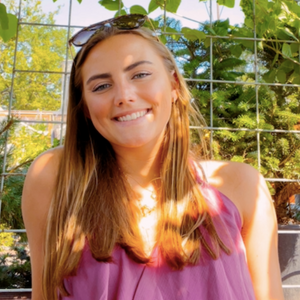 SG: I chose NC State because I loved the campus and wanted the chance to pursue an engineering degree from a great school. I also wanted to play on the women’s soccer team.

SG: I am on the NC State women’s soccer team. I am a part of Engineers without Borders, which involves engineering, but is not limited to engineers only, and I am involved in Dr. Angela Harris’ research group that focuses on reducing exposure to fecal contamination on a global scale.

SG: I am interested in creating more sustainable ways to live, working on engineering problems such as climate change and preserving our environment. 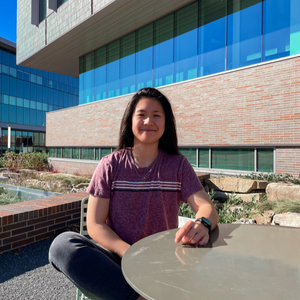 TL: To me, the reputation of NC State’s engineering program speaks for itself. I knew that attending NC State for engineering would allow me to receive the best education, the best opportunities for pre-career experiences and the best chances at a lasting career post-college. I have also been a huge Wolfpack fan since I was a kid, and attending NC State has always been at the forefront of my mind.

TL: My ultimate goal after graduation is to work with a design firm and to be heavily involved in integrating more sustainable and environmentally friendly processes and products into the design of buildings and homes.

TL: Far from popular opinion, my favorite class that I have taken within my major has been CE 214  Statics. 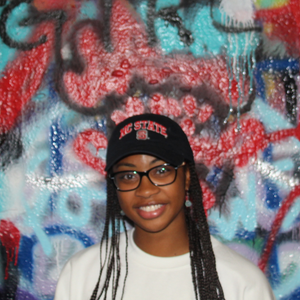 RM: I am a resident advisor for the WISE village, a living and learning community created for first- and second-year women engineers, mathematicians, statisticians and scientists. I love having this position because it allows me to work with and encourage first-year STEM majors to keep working toward their goals.

RM: I have always cared deeply for the natural environment. After graduating from high school, I decided that I wanted a degree that would allow me to study the intersection between the natural and man-made world and come up with solutions to promote sustainable development. I found that in environmental engineering.

RM: I love that the building puts engineering on display. There are huge glass walls that allow you to look into classrooms and research labs to see your peers working hard on the things they are passionate about. 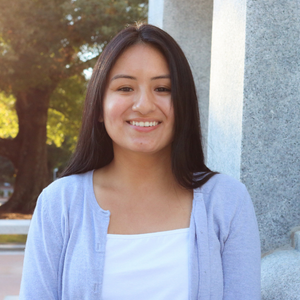 CS: Surprisingly, my favorite class is CE 367 Mechanical and Electrical Systems in Buildings. This class gives an introduction to the mechanical, electrical and plumbing systems that go into buildings and the coordination that goes into routing these systems.

What made you want to go into construction engineering?

CS: Initially, I wanted to pursue architecture because I had a strong fascination with buildings, but I soon realized I wanted to build, not design. After researching the degree programs at NC State, I came across construction engineering. I then worked for two general contractors and quickly realized that this field was a perfect fit for me.

CS: My favorite part of the building is definitely the two angled columns at the first-floor entrance. 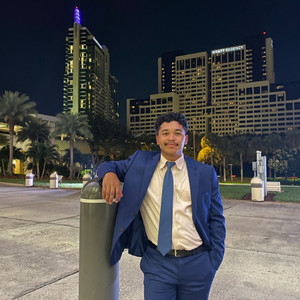 JV: I became interested in civil engineering after working in construction with my dad for three summers. Working with him made me realize I wanted to go into designing structures.

JV: Angels Plaza is a nice place to sit and relax before and between classes while enjoying a nice view of Centennial Campus. 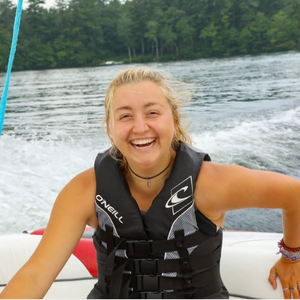 KZ: My favorite part of the building is its proximity to Hunt Library! I am used to taking my engineering classes at Mann Hall on main campus, so it’s been really nice to be so close to Hunt and to be able to easily study there by myself or with friends.

KZ: I plan on taking some time after I graduate to just travel and work for nonprofits and other less corporate organizations for a while. Eventually, I would love to live in another country and work with a community to provide water access to those who need it!

KZ: I’m involved in a few clubs on campus Including the women’s club soccer team, the Society of Engineers, Engineers Without Borders, and the social innovation fellows program. I also do research with someone in the CCEE department.