“I was deeply saddened when I received the news in the morning after his passing.  He was a scholar, always with humility and modesty.  He was a stellar member of this department and served as a mentor to many younger members of our faculty.  He also served our professional societies in several different capacities for many years.  We will miss him dearly.” 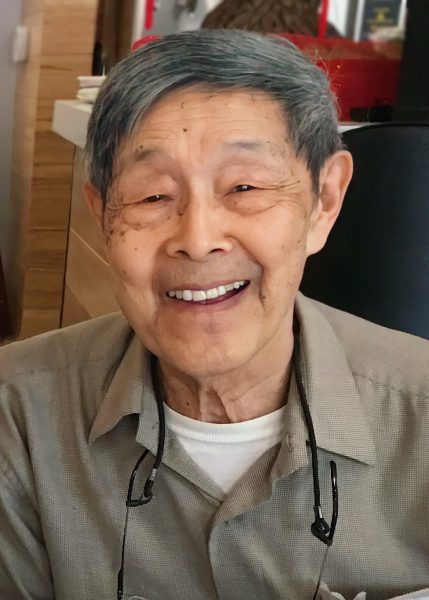 Tung was born in China in 1932 and received his Bachelor’s degree from Tonji University in Shanghai, China in 1953. He earned a Master’s degree from the University of California at Berkeley in 1961, and a PhD from that same institution in 1964. The events that brought David Chi Chao Tung from China to California, and eventually to our department are wrought with determination.

In 1957, Tung’s father fled Communist China to Hong Kong. David Chi Chao Tung faced persecution also, and his father was able to pay smugglers to bring Tung out of China in the belly of a boat. After being delivered safely to Hong Kong, Tung worked in construction for a few years before gaining admission to UC Berkeley to pursue graduate degrees in engineering. A fuller account by Tung’s daughter Rosann can be read here.

Tung conducted research on the analysis of complex fixed and movable structures that are subjected to highly irregular loadings such as wind, earthquakes, and ocean waves. Such loads are described by probabilistic and stochastic methods. He developed analytical methods for highway overhead signs structures under severe winds; interaction between structures and ocean currents; effects of tsunamis on coastal structures; and equipment safety in nuclear power plants against earthquakes.

Tung held leadership roles in professional societies including the American Society of Civil Engineers (ASCE) and the American Academy of Mechanics. He chaired the ASCE Engineering Mechanics Division in 1991 and 1992. He also served on the Publications committee of the Structures Division of ASCE from 1995 – 1998. He received the NC State College of Engineering Alcoa Foundation Distinguished Engineering Research Award in 1990 in recognition of his excellence in research.

Our department wishes to offer deep condolences to Tung’s family, and remember him with love and respect for all that he accomplished.

“David was one of the nicest people to work with as well as a brilliant scholar.  He used his wise counsel and talents in innumerable ways to help his colleagues and the department in general, whether it be in leading groups of faculty, or probing difficult technical issues as part of the critically important process of hiring and developing the department faculty.”