Each Spring as graduation approaches the CCEE department presents four Outstanding Senior Awards to students who have demonstrated continued excellence during their undergraduate studies. In 2021 honors went to Kendra Klemann for Humanities, which recognizes high achievement in CCEE with an equal commitment to a broad liberal education in social sciences, arts or humanities; Mike Scrudato for Leadership, which recognizes demonstrated ability to provide guidance and direction within organizations and individually; Luke Shealy for Citizenship and Service, which recognizes significant humanitarian contributions that improve the welfare of fellow citizens and the community; and Juliet Swinea for Scholarly Achievement, which recognizes exceptional academic performance including participation in undergraduate research. Find out more about these academic superstars, including their plans for work or pursuing further education after graduation! 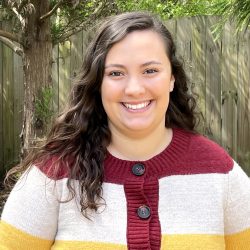 Kendra Klemann was determined to create a college experience for herself that incorporated all three of her passions: engineering, Spanish language study, and theatre arts. She succeeded.

As part of the Benjamin Franklin Scholars Program she was able to double major in Spanish and Civil Engineering. She spent a semester studying abroad in Valencia Spain where she took engineering classes taught in Spanish. She also worked as a stage manager with NC State’s University Theatre where she spent upwards of 150 hours per semester managing rehearsals and shows.

“I made it my mission to create a college experience that gave all my passions- engineering, Spanish, and theater- equal commitment. I did not have to choose between STEM and the humanities. I did both.” 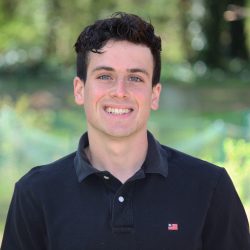 Mike Scrudato grew up playing in the woods by his house in Raleigh. He cites a childhood spent outdoors as an influence for choosing a career in environmental engineering, along with a life changing talk he heard as a senior in high school that elaborated on the disastrous effects of small-scale gold mining has had on native communities in Peru.

“I want to be on the frontline of making change as our world transitions to a clean energy economy and avoids the most catastrophic effects of climate change.”

During his four years at NC State he held leadership roles in Engineers Without Borders (EWB), including acting as co-lead on a team of 15 that designed and constructed a water distribution system for a school in Sierra Leonne, Africa. Mike cites the fact that he inherited the project which was began year’s before he came to NC State, and because of that decided that making sure the project was well documented was crucial from both a technical aspect, and to insure that new members and partnering organizations would have the benefit of understanding the big picture. He worked with the team to use oral interviews, written reflections and old photographs to tell the story using a travel book format. He cites Rachel Carson’s use of storytelling in her bestselling book Silent Spring as one of his influences.

Throughout his time at NC State Mike also led activities within a college church organization leading his supervisor to comment “He makes good decisions that people can get behind. Mike as a leader who’s both optimistic and rational, views even obstacles as opportunities.”

Mike is pursuing a job in environmental engineering and is interested in opportunities in private consulting, research organizations, government agencies, and start-up companies. 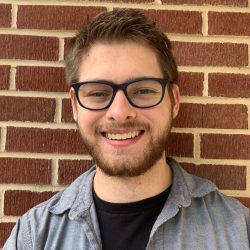 One of Luke Shealy’s specific interests is stormwater management which he says stems in part from witnessing a major flood event in his hometown of Weaverville, North Carolina. “My NC State experience has emphasized engineers as global citizens and their unique position to serve communities,” Luke said. He cites the active student chapter of Engineers Without Borders (EWB) as one of the draws to NC State. “I’ve been able to apply my classroom knowledge to partner with and serve an indigenous community in rural Guatemala in implementing rainwater-harvesting systems. Our unofficial motto “people not projects”, centers our goal of empowering both our partner community of Caserio Panhux and our members,” Luke said. “ One way we try to enact this goal is by listening to the stories of our partners, hearing their problems, their concerns, their needs.”

“Engineers play a role as storytellers and must ensure those stories focus on the real needs of communities. We take in the technical and social aspects of a project and craft a narrative–not of word–but of designs, documentation, and models.”

Luke also directed his energies toward sharing stories by submitting journalistic pieces to WKNC at NC State. Working with NC State Extension, he served as co-host and producer of a podcast entitled PassTheMicYouth which focused on highlighting contemporary activism topics of interest to youth. Additionally, he volunteered with Wake County Habitat for Humanity providing services such as GIS mapping, as well as researching and documenting the effects of gentrification and socio-economic causes of housing disparity.

After graduation Luke will be working at Kimley Horn in their land development group at a Raleigh location. He is looking forward to working on some of their solar development projects there. 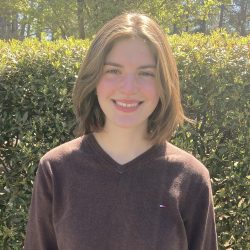 Juliet Swinnea is from Cornelius, North Carolina and says that is was during an engineering class in high school where she made a bridge from balsa wood that she became fascinated with the truss configuration. She knew then she wanted to be a structural engineer. Juliet describes herself as a ‘hands-on’ learner and as soon as her second semester of freshman year she began doing undergraduate research in the Constructed Facilities Lab (CFL) on Centennial campus. She worked under the guidance of Drs. Greg Lucier and Rudi Seracino.

“Everything around me, from equipment and materials to jargon and vocabulary, was completely foreign. I was entirely out of my element and have never been more intrigued and excited. My lack of knowledge was never an issue, but was rather an opportunity to learn practically from real world, full scale experiments before learning academically in the classroom.”

She continued her hands-on research as part of the RISE program (Research Internship Summer Experience) program during the summer of her sophomore year getting experience in  specimen preparation, testing, and data analysis of mechanically fastened carbon fiber reinforced polymers (MF-RFP). In the fall of 2018 and spring of 2019, she received an REU grant to conduct experiments on MF-FRP under fatigue, creep, and uniaxial tension.” Juliet gained further hands-on opportunities in a summer research program at Georgia Tech where she conducted concrete materials research. During that program, out of fifty participants she won first place in the poster presentation competition.

After a summer internship, Juliet will be pursuing a PhD in structural engineering. At the time of writing she had not chosen between Georgia Tech and Stanford for her graduate studies.

The Department is extremely proud of the caliber of these students and believes that they will make significant contributions to the field of engineering.