The following article, written by Tracey Peake, first appeared on the NC State news site on October 1, 2020. It contains findings from a RAPID research project carried out immediately after Hurricane Florence caused major flooding in eastern North Carolina in mid-September of 2018. The region contains numerous poultry and swine farms. 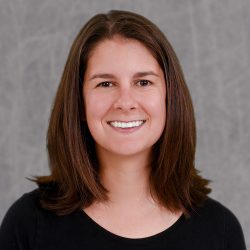 CCEE’s Dr. Angela Harris was the lead Project Investigator on a National Science Foundation RAPID grant to investigate the microbial and chemical contamination in surface water.  Harris collaborated with Dr. Ryan Emanuel from the  Department of Forestry and Environmental Resources at NC State, and several others, to collect 96 samples from impacted watersheds. Collection sites were based in part on previous work performed by Emanuel. The team also collaborated with Dr. Sophia Kathariou, a professor of Food Science and Microbiology at NC State, whose team tested the samples for enteric pathogens using culture techniques.

Dr. Harris’s group is continuing analyses on the data collected in 2018 to compare the prevalence of pathogens to host-specific fecal markers to determine if the pathogen is spread by humans, swine, or poultry. The team is also exploring the presence of antibiotic resistance genes in the identified pathogens. Finally, advanced spatiotemporal data analysis methods are also being used to analyze the data from two collection phases during 2018, and two more that were carried out in 2019.

With hurricane season upon us again, these findings are another reminder of the far-reaching effects of storms not just on infrastructure, but potentially on the safety of our drinking water and surrounding environment.

A North Carolina State University research team’s search for Campylobacter in the floodwaters from Hurricane Florence instead uncovered an abundance of a related emerging pathogen: Arcobacter. The study raises questions about the prevalence of these understudied bacteria and demonstrates the ways in which floodwaters can amplify or spread pathogens over a geographical area.

Campylobacter is a well-known group of foodborne bacteria, spread primarily through contact with contaminated fecal matter. In humans it causes symptoms commonly associated with “food poisoning,” such as diarrhea, fever and cramps. However, Campylobacter infections also constitute one of the leading precursors of Guillain-Barré syndrome, a serious complication that can cause permanent disability and paralysis. Food animals – particularly poultry and hogs – are known reservoirs of Campylobacter bacteria.

By comparison, Arcobacter – which can look and behave similarly to Campylobacter – is an emerging, primarily waterborne, pathogen. Its prevalence in the environment is unknown and its role in human disease has only been confirmed in the past two decades.

In 2018, Hurricane Florence caused major flooding in eastern North Carolina, where much of the state’s food animal production takes place. A team of NC State researchers including Sophia Kathariou, corresponding author of a paper describing the work, set out to determine whether the floodwaters contained Campylobacter that might have originated in poultry or hog farms. Kathariou is a professor of food science and microbiology at NC State.

“Very little is known about the impact of hurricanes on microbial communities,” Kathariou says. “Although flooding could increase the exposure of surface waters to microbes, the large volumes of water associated with flooding may also dilute microbial agents, counteracting the effects. We had previously done surveys of turkey and hog farms in eastern North Carolina, and we knew that they were heavily colonized by Campylobacter,” Kathariou says. “So we saw this as a good test case.”

As soon as it was possible to safely access the floodwaters, the team took 96 samples of floodwater from the Neuse, Cape Fear, Lumbee and Waccamaw watersheds in North Carolina. Ryan E. Emanuel, paper co-author and professor of forestry and environmental research at NC State, coordinated the sample collection.

The researchers used growth media designed to culture Campylobacter, but of the 96 samples taken, only one yielded Campylobacter. However, more than 75% of the samples yielded genetically diverse strains of Arcobacter, which were all found to be the emerging pathogen Arcobacter butzleri.

The researchers hope to conduct further research to determine a baseline prevalence of Campylobacter and Arcobacter in the watersheds and their association with human illnesses before, during and after flood events.

“It is definitely a surprising result,” Kathariou says. “We had not even looked for Arcobacter in farms. It could be more prevalent than we think.”