The following article, written by Tracey Peake first appeared on NC State News site on July 22, 2020. Congratulations to CCEE’s Dr. Nadine Kotlarz, lead author on the paper referenced in the article.  Kotlarz is a postdoctoral researcher in NCSU’s Center for Human Health and the Environment and is co-advised by CHHE members Jane Hoppin (Biological Sciences, NCSU) and Detlef Knappe (CCEE, NCSU). 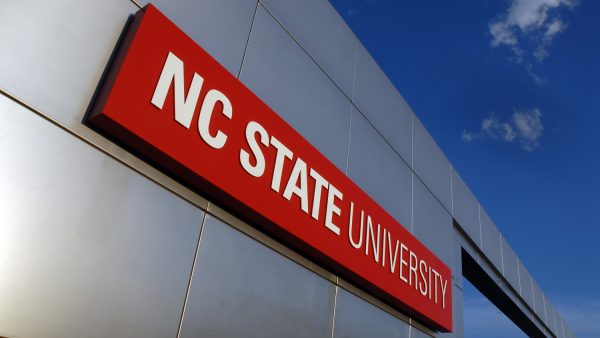 In a new paper detailing findings from North Carolina State University’s GenX Exposure Study, researchers detected novel per- and polyfluoroalkyl substances (PFAS) called “fluoroethers” in blood from residents of Wilmington, North Carolina. The fluoroethers – Nafion byproduct 2, PFO4DA and PFO5DoA – represented 24% of the total PFAS detected in the blood of Wilmington residents and appear to leave the body faster than legacy PFAS. These are the first measurements of these chemicals in humans.

The GenX Exposure Study began in 2017 after NC State researchers found a chemical called GenX in Wilmington residents’ drinking water. An upstream chemical facility had been releasing several PFAS (including GenX) into the Cape Fear River, the city’s primary drinking water source, since 1980. The study aimed to answer community questions about GenX and other PFAS, including whether the chemicals were detectable in residents’ blood.

NC State and East Carolina University researchers collected blood samples from 344 Wilmington residents (289 adults and 55 children) across two sampling efforts in November 2017 and May 2018. Additionally, 44 of the November participants had a second blood sample collected in May 2018, six months after their first one. All blood samples were collected after the chemical facility stopped releasing GenX into the Cape Fear River.

The first sample determined which PFAS were present and the second sample was used to see how the levels changed in six months. The study looked for 10 PFAS unique to the chemical facility (called “fluoroethers”), and 10 legacy PFAS (such as PFOA and PFOS), in the samples.

Ten PFAS were found in most of the blood samples. Three of these were the fluoroethers Nafion byproduct 2, PFO4DA and PFO5DoA, all of which were detected in over 85% of samples. Two other fluoroethers, PFO3OA and NVHOS, were infrequently detected. Nearly all samples had at least one fluoroether present, but GenX was not found in any samples.

In total, 24% of the measured PFAS in blood samples came from these novel fluoroethers. In participants with repeated samples, the median decrease in fluoroether levels ranged from 28% for PFO5DoA to 65% for PFO4DA in six months once exposure to contaminants in drinking water ceased.

Four legacy PFAS (PFHxS, PFOA, PFOS, PFNA) were detected in most (97% or greater) participants. The levels of legacy PFAS in the participants’ blood were higher than U.S. national levels for the 2015-2016 National Health and Nutrition Examination Survey and did not change in the repeated samples.

“Accurately measuring the levels of PFAS in blood is the first step toward understanding what effects these novel chemicals may have on human health,” says Jane Hoppin, professor of biological sciences, deputy director of NC State’s Center for Human Health and the Environment (CHHE), and corresponding author of the paper describing the work.

Note to editors: An abstract follows.

“Measurement of novel, drinking water-associated PFAS in blood from adults and children in Wilmington, North Carolina”

Abstract:
BACKGROUND: From 1980 to 2017, a fluorochemical manufacturing facility discharged wastewater containing poorly understood per- and polyfluoroalkyl substances (PFAS) to the Cape Fear River, the primary drinking water source for Wilmington, North Carolina (NC), residents. Those PFAS included several fluoroethers including HFPO-DA or “GenX”. Little is known about the bioaccumulation potential of these fluoroethers.
OBJECTIVE: To determine levels of fluoroethers and legacy PFAS in serum from Wilmington, NC, residents.
METHODS: In November 2017 and May 2018, we enrolled 344 Wilmington, NC, residents aged 6 years and older into the GenX Exposure Study, and collected blood samples. Repeated blood samples were collected from 44 participants six months after enrollment. We analyzed serum for 10 fluoroethers and 10 legacy PFAS using liquid chromatography-high resolution mass spectrometry.
RESULTS: Participants’ ages ranged from 6 to 86 years; they lived in the lower Cape Fear region for 20 years on average (standard deviation: 16 years). Six fluoroethers were detected in serum; Nafion byproduct 2, PFO4DA, and PFO5DoA were detected in >85% of participants. PFO3OA and NVHOS were infrequently detected. Hydro-EVE was present in a subset of samples but we could not quantify it. GenX was not detected above our analytical method reporting limit (2 ng/mL). In participants with repeated samples, the median decrease in fluoroether levels ranged from 28% for PFO5DoA to 65% for PFO4DA in six months due to wastewater discharge control. Four legacy PFAS (PFHxS, PFOA, PFOS, PFNA) were detected in most (≥ 97%) participants; these levels were higher than U.S. national levels for 2015-2016 National Health and Nutrition Examination Survey. The sum concentration of fluoroethers contributed 24% to participants’ total serum PFAS (median: 25.3 ng/mL).
CONCLUSION: Poorly understood fluoroethers released into the Cape Fear River by a fluorochemical manufacturing facility were detected in blood from Wilmington, NC, residents. Health implications of exposure to these novel PFAS have not been well characterized.