On August 9, 2020 at 8:07AM, the largest recorded earthquake to strike North Carolina occurred near Sparta. The 5.1 magnitude earthquake (MMI 6) was preceded in the days before by several small foreshocks felt by residents and followed to date by ~100 aftershocks. In this webinar, a multidisciplinary team from NC State, UNC-Chapel Hill, USGS, and NC Geological Survey will discuss their observations including ground shaking characterization, geological features, and structural damage assessment.

The earthquake caused ground deformation and surface rupture, which is expressed by several fissures and small scarps, disposed with en-echelon patterns roughly striking 100° along a narrow deformation zone that is traceable for 2–3 km. The rupture has a maximum vertical displacement of ~20 cm, with an average vertical displacement of 8–10 cm with a reverse motion and/or folding/flexure. Preliminary InSAR data shows consistency with the focal mechanism, suggesting the existence of a NW-SE structure and relative uplift of the hanging wall and subsidence of the footwall. The surface rupture seems to be associated with pre-existent discontinuities, which can be reactivated under favorable conditions. Questions arise related with the seismogenic source and secondary structures that may have accommodated the deformation closer to the surface.

This event caused damage to more than 600 houses and the distribution of damage and shaking reports (“Did you feel it?”, USGS) suggests a stronger shaking in the hanging wall, as expected in a reverse motion. Structural damage was sufficient to condemn many houses, with substantial damage to some unreinforced masonry (especially chimneys). Based upon calculations of rocking response, peak ground accelerations of at least 0.2g likely occurred, which is compatible with USGS estimates. In addition, non-trivial damage to building contents in the town center was observed. 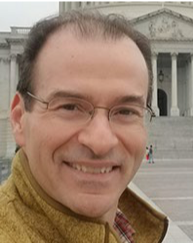 Dr. Mervyn J. Kowalsky is the Christopher W. Clark Distinguished Professor of Structural Engineering at NC State University in Raleigh, NC. He earned his BS, MS and PhD degrees at the University of California, San Diego.His research interests are in the development of seismic design and analysis methods for structural systems, with a special interest in Direct Displacement-Based seismic design. His work includes large scale structural testing and non-linear modelling aimed at understanding the mechanisms that characterize the seismic behavior of structures. 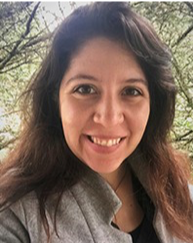 Ariadne L. Palma Parra began her university studies at Universidad de La Salle in Bogota, Colombia and continued to earn her Bachelor’s of Science in Civil Engineering at NC State University in 2017 and her Masters of Science in Structural Engineering in Fall 2019. As part of her doctoral studies at NC State, she is currently conducting computational work on response spectra definitions used in seismic design and experimental research on the evaluation of steel bridge structures. Her primary research interests are in performance based seismic engineering and large scale testing of structures.

Dr. Paula M. Figueiredo is a Post-Doctoral Researcher at NC State University in Raleigh, NC. She earned her BS, MSc and PhD in Geology at the University of Lisbon, Portugal, where she researched the Neotectonics and Active Tectonics of SW Portugal. Her research focus on active tectonics, paleoseismology, tectonic geomorphology, Quaternary geochronology and surfaces processes. In particular, she applies terrestrial cosmogenic nuclide and optically stimulated luminescence dating to obtain timings and rates of deformation. She has been conducting research at several locations supported by NSF, SCEC and NEHRP. She has published several papers related with active tectonics, paleoseismology in plate boundary and intra-plate settings.

Dr. Arthur J. Merschat is a research geologist with the U.S. Geological Survey and adjunct research professor at Appalachian State University in Boone, NC. He is a co-project chief of the USGS Piedmont and Blue Ridge Project. Arthur’s primary research goal is to create accurate, detailed geologic maps, with a special interest in complexly deformed crystalline rocks. He has spent the past 20 years studying the structure and tectonics of the Appalachians and has worked on geologic mapping projects in the southern Appalachians (Blue Ridge and Inner Piedmont), New England, and Adirondacks. He has published several papers, geologic maps, and field trip guidebooks on Appalachian geology with an emphasis on the geology of the Blue Ridge and Inner Piedmont.

Richard Wooten is the Senior Geologist for Geohazards and Engineering Geology at the North Carolina Geological Survey. He earned his B.S. and M.S. degrees in Geology at the University of Georgia. His work includes landslide investigations and applied geotechnical geology with the USDA-Forest Service on the Gifford Pinchot National Forest in Washington State. His work with the North Carolina Geological Survey includes geologic mapping in the Piedmont and Blue Ridge, and research on landslides, landslide hazard mapping and modeling. He has a special interest in the relationships of ductile and brittle faulting and other bedrock structures with geomorphology, and landslide processes and hazards.