How can we design resilient infrastructure?

Earthquakes cause extensive damage to civil infrastructure systems and result in large economic and human losses. Designing structures for improved seismic performance requires a multi-disciplinary approach that draws upon advancements in material modelling, large scale testing, and non-linear dynamic analysis. At NC State, several faculty and students have dedicated their research towards improving seismic safety through the development of improved analysis and design methods for a range of infrastructures systems including bridges, building, and nuclear power plant facilities. Research in this area has been supported at NC State by the National Science Foundation, US Army Corps, Alaska Department of Transportation, California Department of Transportation, Nuclear Regulatory Commission, and numerous industrial organizations. NC State also has an active student group of the Earthquake Engineering Research Institute where students share ideas with the common goal of improving the resilience of society against earthquake hazards. 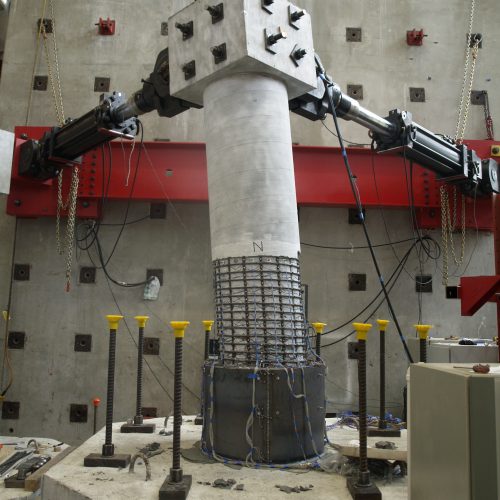 Repair of reinforced concrete bridge column by plastic hinge relocation. This research aims to challenge the assumption that bridge columns containing buckled and fracture reinforcing bars are not economically repairable. Through testing and analysis, the research team is developing a series of techniques that employ plastic hinge relocation for rapid repair of columns damaged in an earthquake. 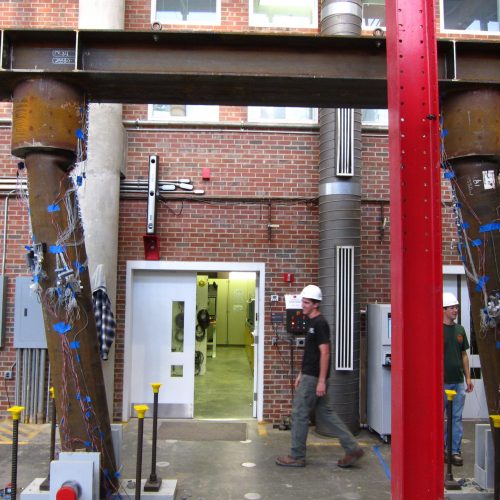 Steel bridge pier subjected to seismic lateral forces. This research conducted for the Alaska Department of Transportation aimed to develop a new connection between substructure and superstructure that consisted of grout and shear studs. The connection, termed GSS, successfully relocated the plastic hinge away from the cap beam face, thus resulting in dependable seismic performance at high levels of inelastic deformation. 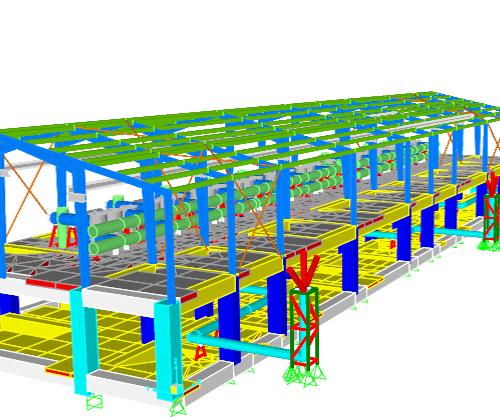 Seismic qualification of Gas-Insulated Switchgears (GIS) in electrical substations are qualified based on the guidelines given in IEEE-693 standard. However, these guidelines cannot be applied directly when the GIS is placed at elevated levels in a building. This research is based on developing a hybrid strategy for seismic qualification of GIS based on detailed analytical models which are validated against shake table test data. 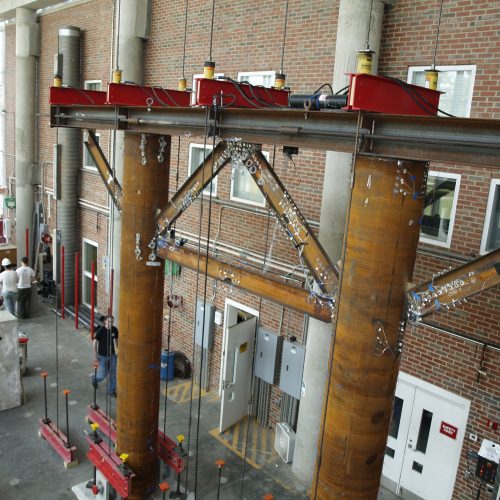 Steel truss pier subjected to seismic lateral forces. This pier system which had been employed by the marine structures group of the Alaska Department of Transportation was studied due concerns over limited ductility.